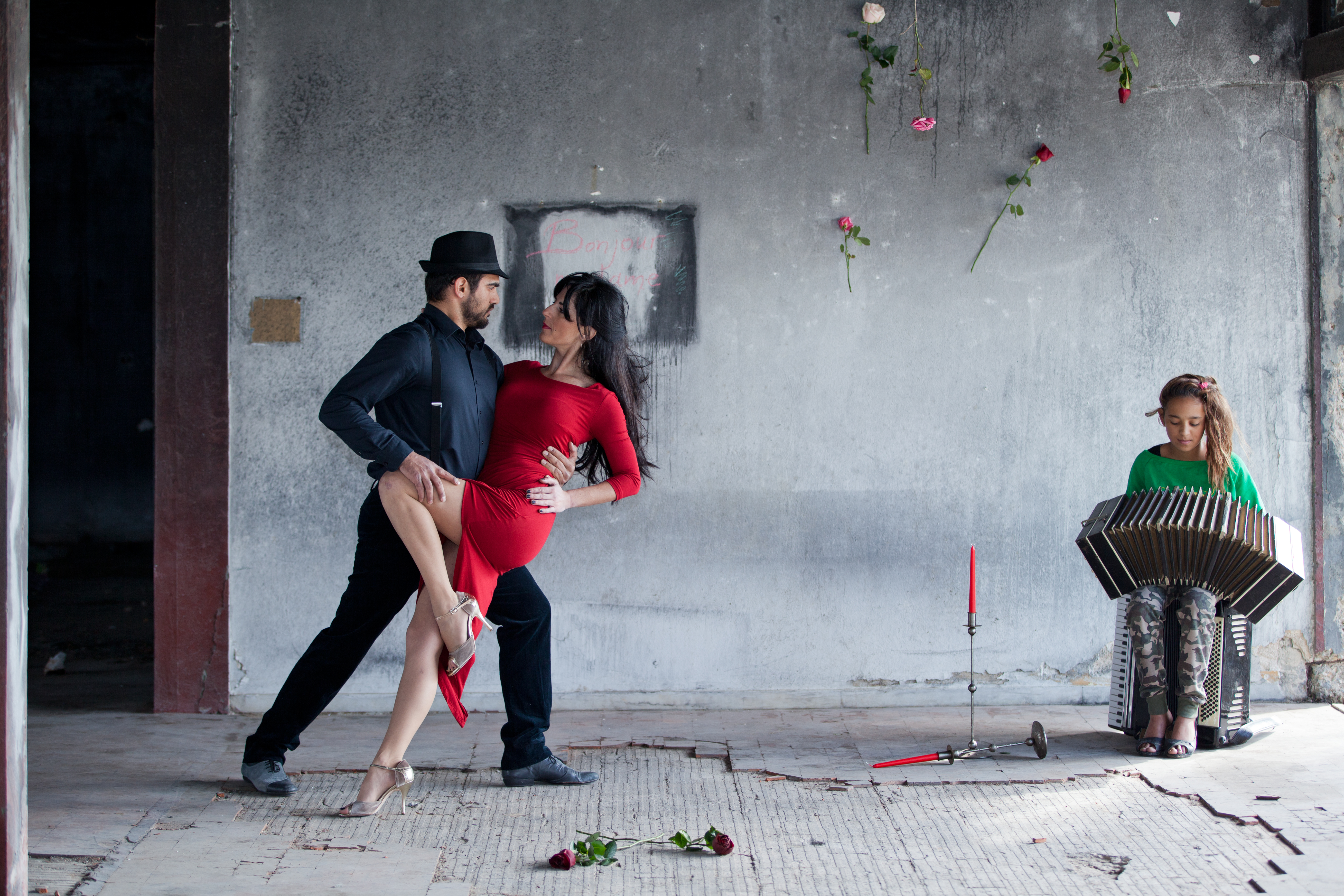 Earlier this month, on the 6th of September, the Photosapiens team brought themselves, their photographs as well this delightful September sun we’ve been having all the way from Athens to London for their exhibition ‘Mind Your Business.’ 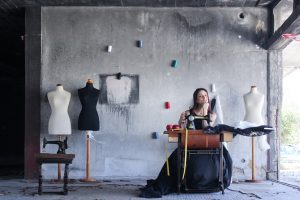 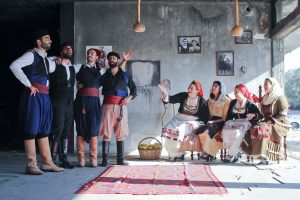 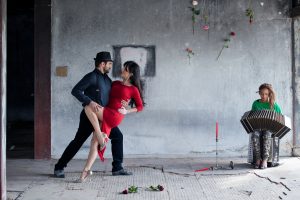 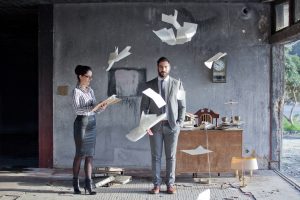 Their photography exhibition showcases nineteen different professions, with the photos taken all in one site – Hotel Xenia. After practicing how to pronounce the name ‘Xenia’ with full support from the Photosapiens team, they explained the significance of the hotel for their artwork. The hotel they have taken these photographs in, once a landmark, is now in ruins. This hotel used to exist as just one of the many other hotel Xenia’s in Greece. The hotels have been designed to co-exist with local residents , giving access to the whole community to inhabit a shared space. The Xenia hotels have been designed and constructed by the infamous Greek architect Aris Konstantinidis and the hotels exist as an important showcase of cultural heritage. They are, by design, a contemporary tribute to classical Greek architecture. Konstantinidis is considered as one of the leading figures of modern Greek architecture due to his meditative approach which surpasses the characteristics of international modernism. These hotels not only promote Greece, benefitting Greece through business and tourism, but they also sustainably preserve Greece’s natural beauty. In this way this concept of space is integral to the Photosapiens aesthetics and artistry.

The location, as well as the vantage point or angle used to take the photograph, remains the same throughout the entire series.  When considering this series closely one can notice the subtle details – the decaying of the walls, the peeling of the cement, the progression of marks and wearing of the floor tiles. These changes are indictive of the length of the time the project took and almost act as a time-lapse across the gallery walls. This sameness in terms of the backdrop in itself establishes a consistency throughout the images because they are all truly very different. Although each photo inhabits the same space it communicates an entirely different location and vocation. The hotel Xenia ruins occupy different sites and spaces within the same location. The re-appropriation of the same space to create and explore different scenes in fact considers how we conform and adjust ourselves as well as our lives in relation to our allocated scene. In this way this exhibition attempts to explore the self beyond our ‘business’ or occupation. Mind Your Business, the name of this wonderful exhibition is an interesting play on the core concepts the Photosapiens are dealing with. The photographs are a mirror to us as people and how many of us spend our lives acting out our professions. We spend our lives focusing and being consistently consumed with our careers. This series urges us to be mindful of how we mind our business and navigate ourselves in our daily lives.

Their team aim is to identify a different perspective of man in in relation to his environment.

Each of these participants, as they like to avoid using the word models, projects an entirely different reality onto their surroundings. In the same way the people in these photographs have created realities entirely different to their own, we also constantly perform our professional roles and construct different realities. In this way the Photosapiens are considering the ways in which our vocation or career is often performative. We wear costumes and pose against props and act out our roles. The different items and objects, as well as the body language depicted in each image, speaks for itself. It explores the way in which we constantly appropriate ourselves into different roles and professions. In this way each image is portraying a different relationship of man with his surrounding environment. The setting of the scene not only establishes a persona and identity but also a location and appropriate condition. There were over sixty participants during this project and the Photosapiens team explained that not only are none of the people photographed professional models, but that for many of them it was the first time getting in front of a camera for a photo shoot. The team explained that they used simple camera techniques and that no editing was done after the photographs were taken. The team refrained from using models to communicate a more natural body language but also to display real people, with real occupations outside of modelling. The lack of post-editing further adds a sense of realism to these images and makes the teams mid-air shots just that much more impressive. Some of the people seen in the shoot are friends and family of the team and some are onlookers or residents living close by who became engaged with the shoot seeing the progression of the project month after month. Those involved were astounded by how they looked in the photos. ‘They were impressed by the quality and how great the photos turned out but moreover they were grateful and excited to be a part of the project, Mara Giamali explains.

Spirros Androulakis, one of the teams most indispensable members, explains that some of the props and objects used are vintage in respect to their profession. He adds that this is in an attempt to evoke a sense of nostalgia for the audience. In this way the images, as well as the decaying hotel walls, exude a sense of the archaic. This further reinforces the idea that professions and their particular features may become obsolete, or that walls and venues may become extinct and in ruins but people and their passions live on and that their history and heritage should be told. This exhibition encourages that all our stories should still be told.

‘Mind your own business’ exhibition by Photosapiens from Greece